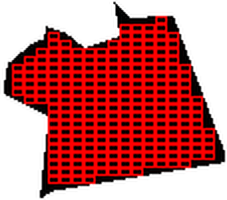 The big work for this week is getting interiors generated for ship boarding. Last week, I had a system running, but it turned out to not work on every hull, crew quarters or cargo or even sometimes the entire engineering section were missing, sometimes rooms appeared outside of the hull (so not good). So I had to scrap it and am in the process of a new system.

The images show the hull (the first two are only one-half since the hull is symmetrical) divided into cells, rooms/sections will be generated using these cells.

So, since this is a major feature and will require more systems that are not in place (such as pathfinding) the next build may not be out for a while. But, I will continue to update and show the progress!