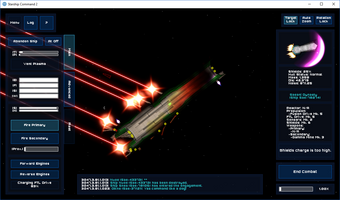 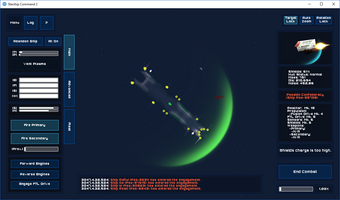 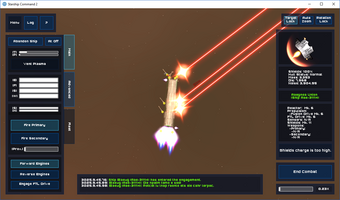 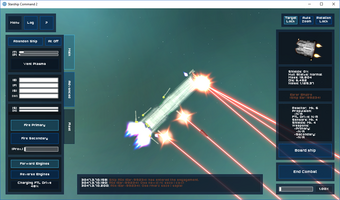 Almost. It's been almost one full year since the first build of Starship Command 2 was released!

For a quick history: For years, I've been toying with the idea of making a starship game that focused on capital ships instead of the WW2 dogfighting space sims (not that they are bad in any way, some of my favorite games are Freelancer, Tachyon: The Fringe, Freespace, etc.) But the game that really caught my heart was the Starfleet Command series.

But even Starfleet Command 2 & 3 didn't quite capture what I wanted. So I played around with prototypes while learning programming. About a year and a half ago, I released Starship Command built with Construct 2. And while I'm happy with it, there was so much more I wanted to do with it.

Back in February of last year and had an "A Ha" moment of how to procedurally generate starship hulls and spent two months proving it out (and learning C#). When it was working I set out to actually work SsC2.

Almost 1,100 hours later (everyday @ 3 hours avg, I work 7 days a week and take care of dogs, so I don't have much free time to work on my projects) Starship Command 2 is closing in on being a minimal viable product!

There'll be probably one more Alpha update which introduces permadeath. After that, SsC2 will enter Beta and no longer be free for the full game. The plan is to have a full-feature demo available with saving disabled.

So, onto the new build! 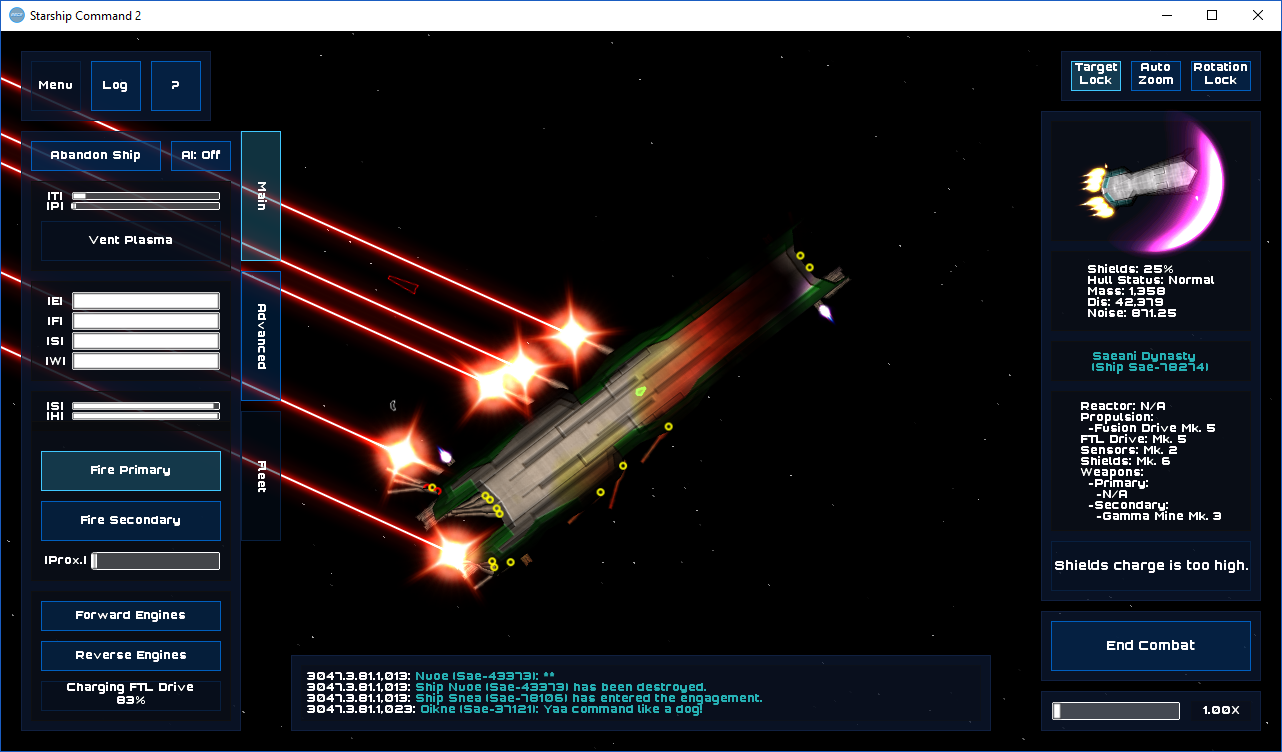 Turrets are built into the game now for primary weapons. If anyone target is in the turret's "arc if attack" it will need to rotate to actually face the target. Thus means ships that are far away will have less angular difference to compensate for while closer ships can streak by without the turret being able to keep up.

A small "feature" I was happy to get in is planets and moons now slowly rotate in the sector view. This offers no gameplay features, but does give some extra atmosphere to the view. Here's a video of it (sped up): 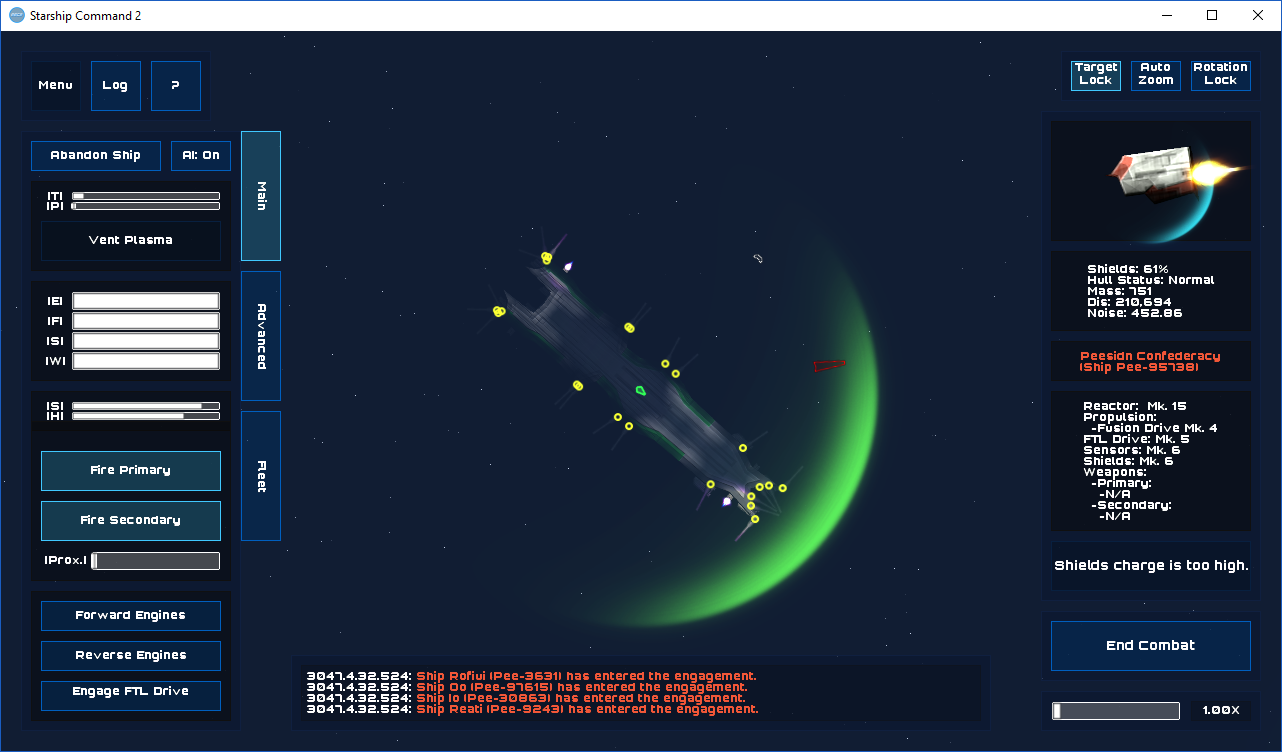 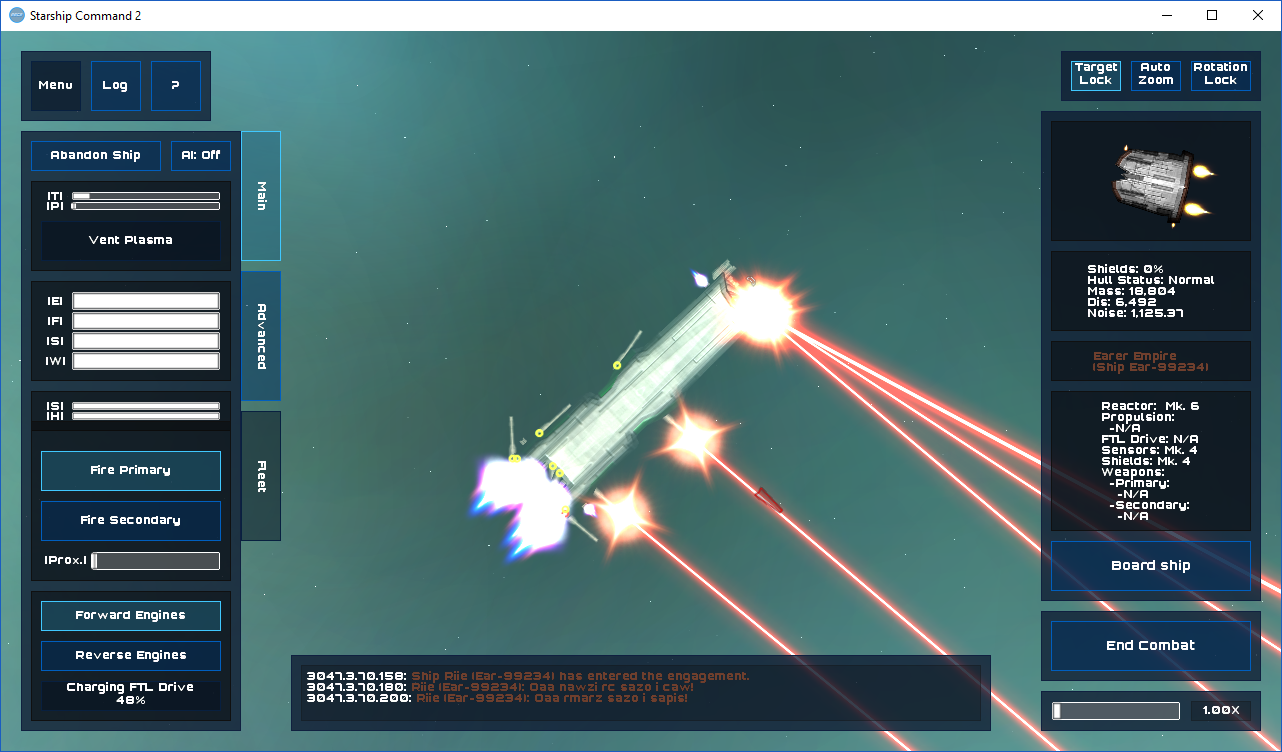 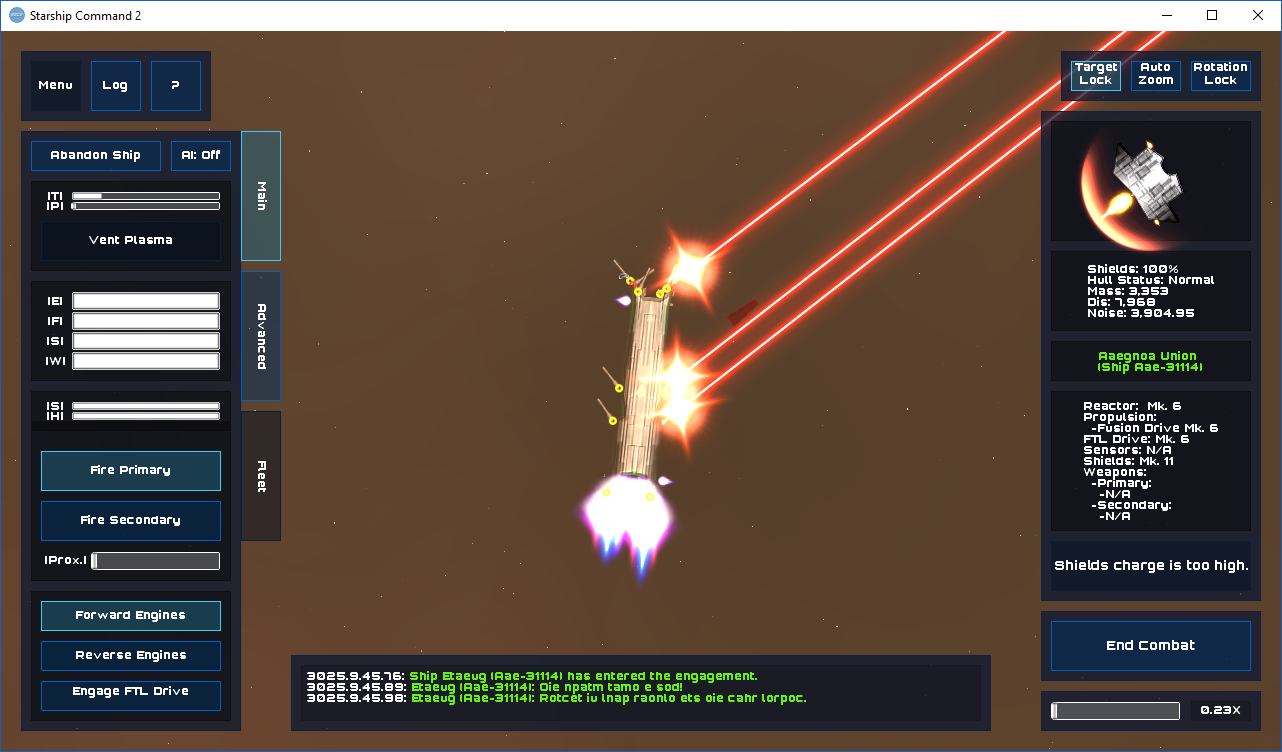 Another big addition is nebulas! Nebulas are not shown in the galaxy view but if you are currently passing through one and engage in combat, you'll find the battle field is no longer the black, empty, void of deep space, but a colorful have filled with clouds.

Nebulas can interfere with sensor target acquisition and cause shots to miss, or be hazardous and continually damage shields and hulls.

There is still so much more I want to add to Starship Command 2: Space Monsters, actual empire-started battles that you can join in, planetary landings & away missions, enemy ship hacking, detailed fleet management, and so on. But since it's reaching a what's needed for a base game, when I enter Beta, I'll be focusing on polishing, bug-fixing, balancing, adding more jobs. And not focusing on adding new features.

So as usual, bug reporting helps me out immensely, so keep them coming in and happy commanding!